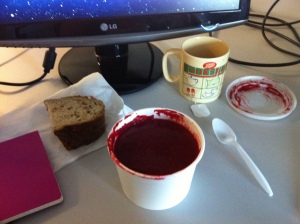 Today was the Research Excellence Framework workshop, one in a short series exploring how creative writing techniques might be of use to academic writing. We kicked off with a short presentation by Prof. Stephen Gilmore on the REF and university guidelines for the 100 word ‘additional information’ statements researchers can submit alongside the pieces of their research under scrutiny. these 100 word statements are intended to persuade the assessing panel that your work is highly ratable under the categories of Originality, Significance, and Rigour. Then I took over and used the REF guidelines to do a creative-focussed workshop, designed to encourage researchers to think about the meaning of originality, significance and rigour in different contexts and the effectiveness of different ways of presenting their work.

Using examples taken from the 2008 RAE from Category A staff at Cambridge, Glasgow, Manchester, Ocford and UCL, we talked through what we thought did and didn’t work and debated how we could use skeleton ‘good’ phrases or edit less useful ones. Then I flipped the idea of the REF on its head and had the group think about activities from their personal life which they had felt proud to be involved with – something with a personal rather than professional meaning and sense of achievement. Then we narrowed that down to events after January 1st 2008 (to fit in with the REF guidelines) and they wrote them up attempting to demonstrate Innovation, Significance and Rigour on a personal level. They then edited those/ wrote a new one based on an external view of those achievements, to see how that shifted the ways in which the three categories were applied. Then we moved back to the sample draft-REF 100 word statements people had brought along.

Robin Hill has very kindly agreed to let me post the 100 words he wrote on ‘Bringing up a son’ [culminating event: attending first day of pre-school/nursery]. He phrased the personal activity using the language and considerations of the research statements, and it still makes me giggle every time I read it: 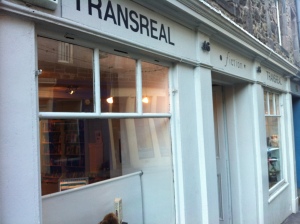 After the workshop I snuck out of the Forum to get lunch from the Elephant Juice Soup van (beetroot) and try on Bridesmaid dresses. On the way back I had a quick browse in the Transreal bookshop and picked up the last book in Katherine Kerr’s Deverry series: a celtic-mediaeval influenced epic fantasy series I’ve been following since I was about eleven years old after my father took a couple of them on a family holiday. I then started drafting the report on the workshop series for the Research Committee, and made notes for the monologues. No blog for tomorrow (Tuesday) as I’m taking the day off to go to London for an interview.