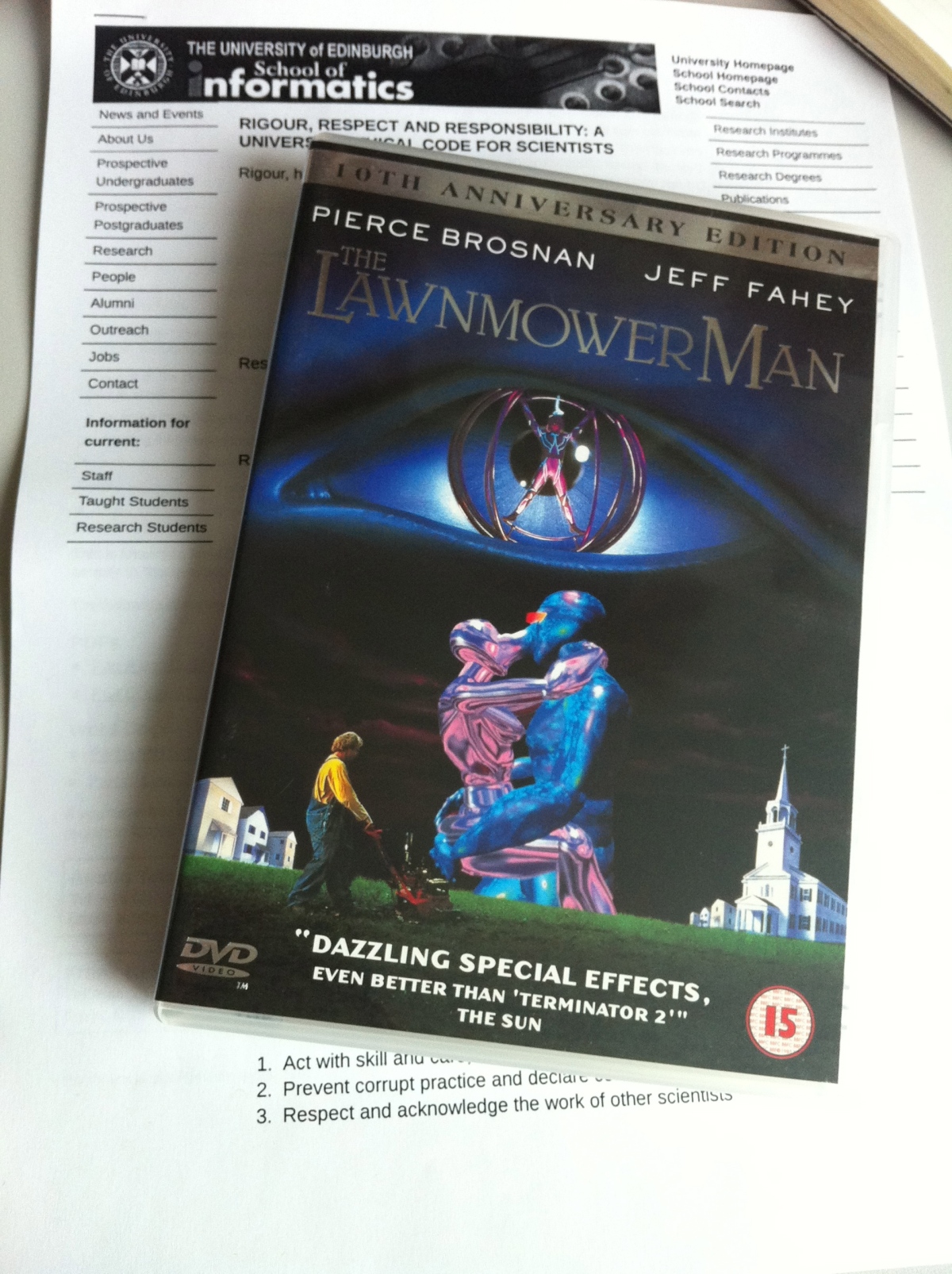 Today I registered for a symposium on Alan Turing that’s being hosted by Informatics in May. The Andrew Hodges biography (Alan Turing: The Enigma) has arrived in the post, but I’ve been busy catching up on my pre-reading of novels for the NCLA Festival of Belonging in Newcastle this weekend, so I have’t cracked it open yet. (incidentally, the Trashed Organ fringe programme for the Festival of Belonging starts tonight. I’ll be reading as part of the collaborations night ‘I Don’t Think We’ve Met’ on Thursday, 8pm at the Bridge Hotel. Hope to see you all there…)

I met with Bob for a chat about how both of our writing was going. We were talking about the benefits of reading longer pieces outloud while editing them, concluding that for longer works (novel-length), it was a great time saver to have a synthesised voice read your work out to you, rather than make a recording yourself to listen to whilst pottering around the house. A quick google brought up the NaturalSoft ‘Natural Reader’ and we had it read out bits from Bob’s novel in various accents. Overall, the male voices were more natural sounding than the female (are deeper frequencies easier to recreate?). I also interrogated Bob about ethical behaviour in research, as part of a debate over a possible twist at the end of Prototype (the Ada and GIL novel). He talked me through a few case-studies based on his own experience where risk to students’ physical safety had come up, or the use of live animals. I learned that it is not unusual for insects such as fruit-flies to be killed at the end of experiments (as opposed to set free) as they are deemed to have suffered potential psychological damage through taking part in experiments so it is the most ethical route. That made me re-think a section of my ‘Math-Moth™’ short story. I also discovered that there is a whole industry dedicated to breeding specific genetic variants of insects and smaller mammals (white mice) for use in replicable experiments where consistency is key (e.g. drug trials). It makes perfect sense on one level, but wasn’t something I’d given much thought to, previously.

We talked through the different steps of ethical approval a typical research project at Informatics would have to go through, and then more specific questions about unknowing or unwilling human participants. I can only conclude that the researcher in my novel is either going to have to be a Rogue Researcher and behave against ethical guidelines, or for them to make a crucial error in the experiment. Either way, it’s always good to know how things would actually happen before I go ahead and make up a version of reality that fits my point more neatly. Bob then took me along to the Informatics DVD library and suggested I borrow The Lawnmower Man as an example of human participant experimentation gone wrong.

Going ‘unethical’ seems the easiest option, and therefore the least appealing one. Always much more interesting to find the loophole or the mistake than to bend the rules. More pondering to follow.

On a lighter note, The BBC news website had a fascinating article today about how a cyberwar would play out. The following screenshots are from an acquaintance’s Facebook profile over the last couple of days, tracking his own little cyberwar. Click on the image to red it more clearly 🙂 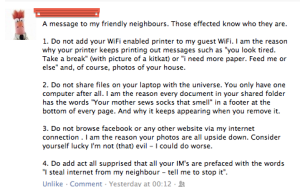 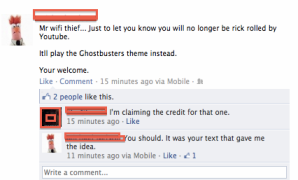 2 thoughts on “Informatics: getting ethical”