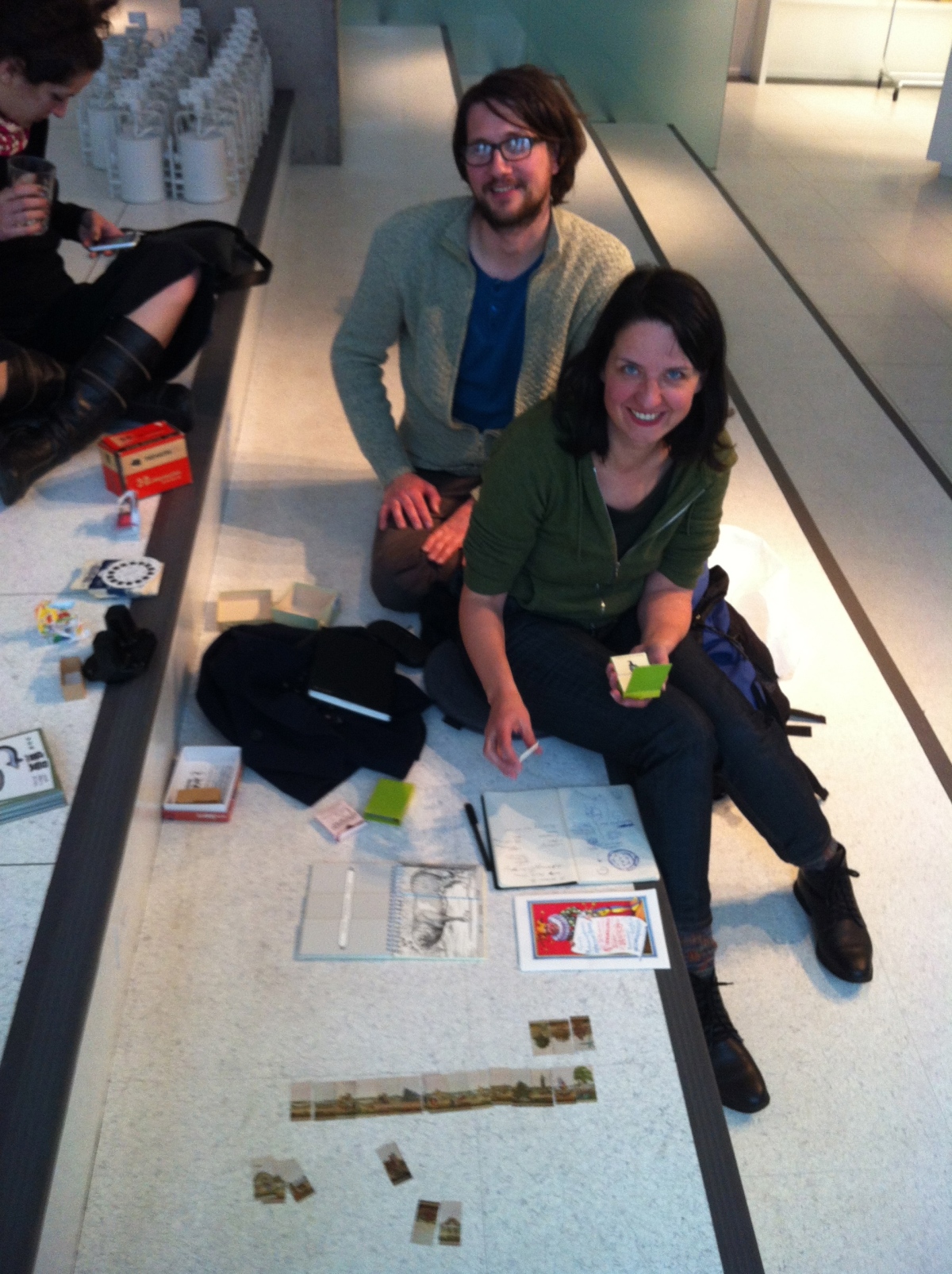 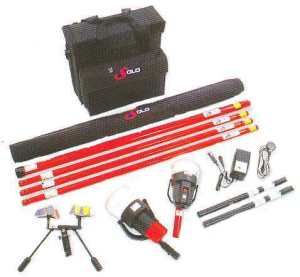 How does one test smoke detectors in The Forum? One gets a long, red pole with a sort of catching-cup device mounted on the end. When pressed, the cup emits a short blast of compressed air and ‘synthetic stuff’ that mimics smoke, right into the smoke detector. The whole things looks rather like a piece of sport equipment, to my in-expert eye – perhaps for fishing. I failed to snap the original whilst chatting to the nice man wielding it, but here’s a illustrative image from The Internet to give you the gist. 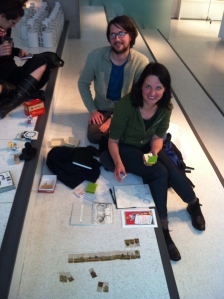 Today involved a lot of talking and not much writing. I piggybacked into a meeting with the current Alt-w Design Informatics artists-in-residence, In The Fields, which involved playing with some old-fashioned panoramic games and listening to some back-and-forth over technical requirements for a piece of networked device art which is being created for display during the festival period in August. I also met with Mariza Dima to get her views on how the Puffersphere play (current working title: ‘What’s Black & White & Read All Over’) could work – both as an installation and as an iPad app. She brought a particularly interesting perspective on the possible use of fiducial markers, and gave a me a clearer insight into how augmenting a video reality can work- mapping onto the visual texture of the recording.

Jon and I had one of our ‘wouldn’t this be a great idea’ meetings which has left me with about a page-long list of books I want to go away and read, ranging from Muriel Spark’s The Hot House by the East River to the novelisation of Alien. I have a bit of a plan based around short pieces of creative work inspired by Turing and his legacy, so watch this space for a call for submissions.

And finally, a short update on the wi-fi cyberwar I’ve been watching unfurl on a friend’s Facebook page. See yesterday’s post for the first section of the drama: 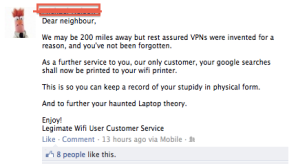