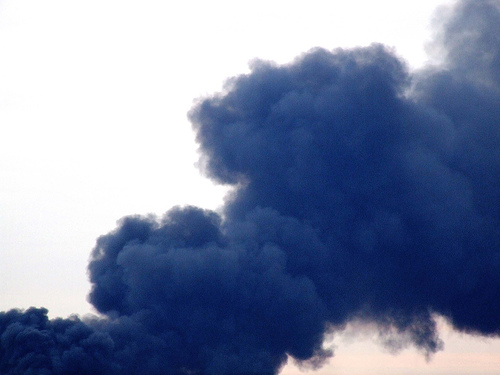 Was I right to burn my bridges? Not the best call, environmentally speaking. Great plumes of black smoke and that lingering, queasy aftertaste in the air which must have been the plastic safety rail. At least I’m still recycling, though quite how they’ll collect it now the main access route has gone, quite literally, up in smoke is anyone’s business. I’ll ring the council; I pay my taxes after all, same as everyone else. Never tempted to register as a non-dom, not even when Labour came back in. Our local MP, Timothy, is a true-blue Tory of the old-school through and through, very understanding about the uniqueness of my situation.

Don’t get me started on the National Trust. If I’ve told them once, I’ve told them a thousand times; the dragon comes with the gardens. Do they listen? Do they ever. The phone calls I get, complaining that my ‘pet’ has been setting fire to the local sheep again.

He’s not my pet, I tell them. He’s part of the family. I inherited him and about twelve sponging second-cousins with the rest of the estate. He’s always been an outside dragon, never castle-broken, and I simply don’t have the time to go round cleaning up his little messes. The farmers never complained until the EU got involved with their quotas and their health and safety inspections.

The letters kept coming even if the little man never showed his face again. I invited Timothy round for sherry. He said the castle reminded him of being at Cambridge, something about the drafts.

‘Your Grace,’ he said. ‘I’ve raised the matter in The House. I’m doing everything within my means. Simply everything.’ I didn’t hold out much hope – everyone knew New Labour were interested in new legends, and an old flame from London had written to inform me that Tony Blair had an unexplained but adamant personal vendetta against mythical creatures.

My first instinct was to fight fire with fire. I registered for a heritage grant to restore the arbiferous maze. That used to keep him in check, until Dutch elm decimated the Eastern section and my uncle began renting the pavilion to the R.S.C. for summer performances. My application was denied on the ground of insufficient provision for the local community.

I called the office. ‘It’s a matter of public safety, not public engagement,’ I told them. ‘The maze is to keep the dragon in, not to keep the public out. Any parent who wants to send their kids in to play is more than welcome, but I’m not shelling out for the public liability insurance.’ No luck.

Next, I tried to engage with the animal rights brigade. They were quite taken with the concept of a free-range dragon, until the incident with the haystack. I was unsurprised when the campaign got pulled. He has never been what you might call a photogenic individual at the best of times, and the piece in the Daily Mail was very explicit. I kept the article for posterity, even thought they mis-spelt my grandfather’s middle names; a full-colour, double page spread doesn’t happen every day, after all, and there was a nice shot of the castle in the background of one of the photos.

It wasn’t my first choice, but my generation was raised to do the necessary in timely fashion, rather than hang around wringing our hands and waiting for Prince Charming to show up and do it for us.

After stocking up on UHT milk and some fresh vegetables, I paid my paper bill and settled accounts at the village shop. On the way back to the castle, I stopped the Land Rover at the Taylor’s farm and cancelled the milk and egg delivery for next week.

‘Off on holiday, your Grace?’ Mrs Taylor asked and I said no, not exactly.

It was a wrench, I’ll admit as much. I’ve always been fond of my morning walk round the grounds. But the views from up here on the battlements are really spectacular.

He’s never been trained but we have an affinity, the dragon and I, and he’ll flame on command so long as he gets a hen afterwards. Now that dusk is settling in, you can see where the stones on the far side of the moat are still glowing white-hot.